It lives! The Backstreet planning application has been revised

It was inevitable that the developers would be back with a new plan, but no one expected it so soon. Barely a month after the plans for a 15 storey tower to replace The Backstreet were rejected, the developers have submitted a revised application. In fact, they've not even waited for the official Officers' report detailing the rejection to be brought forward to the Committee.

So, what does this mean? It means, yet, again, those who are opposed to the redevelopment need to get out their pens, and submit objections to the application - the deadline is 10th April.

I've looked at some of the new documents, and the main change is that the new proposal reduces the height from fifteen stories to twelve stories. There are also some changes to materials, in an attempt to make the building fit better with its neighbours - though it'll still be much taller than them, and I rather think this attempt at disguise will be futile.

In terms of housing - which we accept London badly needs - the number of units in the building reduces from 52 to 46, with three lost from the commercial and the affordable totals, so the new plans have twelve affordable units. Eight of those will be for rent, and four as 'intermediate.'

So, the new plans provide 35% affordable space - less than the Mayor's target of 50% on TFL land - but just about within guidelines. However, it's worth remembering that if the works required by TFL to protect the tube lines beneath the building cost too much, any consequent drop in affordable housing to "maintain viability" would reduce this further.

The covering letter for the plans does maintain the commitment to give Backstreet twelve months notice, and assistance with relocation. However, I'm still not convinced the plans - with just 8 units for affordable rent - really are good enough to warrant the loss of the facility.

Also included in the revised application is a statement from a consultant for the developer, claiming the service access arrangements are sufficient; this is something I would still dispute - with just a single bay outside, if shops and more than one resident need deliveries or pick-ups at the same time, it could be quite problematic.

One aspect that isn't addressed by the new plan - because there's really nothing the developer can do - is air quality. The report by the council's officers stated that the quality is poor, up to the fourth floor level - the A11 is a very busy road. Poor air quality in London is responsible for many health problems, and in my view that alone ought to rule out development in such a location.

What you can do

You can view the current plans on the Tower Hamlets website, ref PA/16/00943

If you have time to object to the application before 10th April, please do so. You can write to Planning and Building Control, Mulberry Place, 5 Clove Crescent, London, E14 2BG.

The reasons for rejection of the previous application were

In my opinion, though the impact on the townscape is lessened, it's still an overbearing development. I don't believe servicing provision is adequate, and air quality is still poor. So, personally I don't believe this is a suitable thing to build on the site, and the benefits are not sufficient to outweigh the loss of the community facility (Backstreet).

I'm not providing a form letter, because I think it's best if people make their own argument - but I hope I've given some ideas about how you can register your objection. 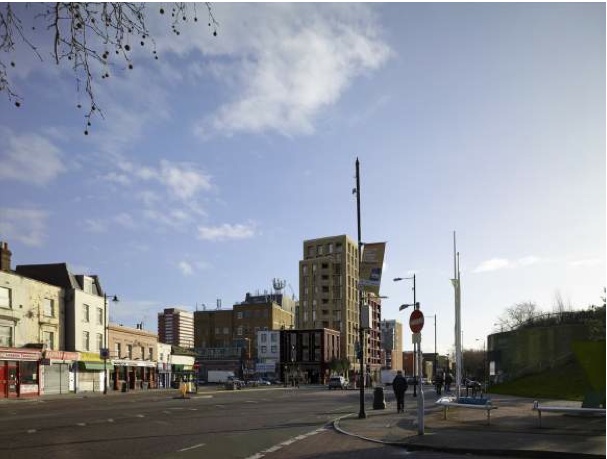