BLUF is a free community, for men who have an interested in leather uniforms and breeches. Founded in 1997, we have members around the world, organising dozens of events every year. The site is now owned by a not-for-profit company, and run by a team of volunteers, including site admins, updaters, and event organisers. It's completely free to use, and relies upon donations and merchandise sales to cover the running costs.

A short history of BLUF

BLUF started in October 1997 as a simple HTML based website for men into full leather uniforms. I was living in Montreal then and I had just discovered the joys of Internet. I joined Leather Navigator, which at that time was the only internet platform for leathermen. Being disappointed with the absence of any kind of dresscode, I started BLUF. I contacted a few friends by email, sent postcards to others (not everybody had a computer in those days), and informed them about the new club. Some of them joined. At the beginning, almost all new members were American. I had met quite a few at parties in Canada and the US. Not many Europeans had internet access then. The site consisted in those days of a Picture Gallery, a List of Members, a List of Admirers (for those that couldn't meet the dresscode requirements), an Online-Magazine and (a little later) a Forum. Access was free. The cost of the server was covered by me. I was the webmaster and maintained the site.

In September 1998 the first BLUF party was held during Folsom Weekend at the Loading Dock in SF. Although we only had about 150 members then, the party became a huge success and is still remembered as one of the best in BLUF history. Around November 1998 the first in a series of BLUF@TheHoist parties was held in London. Many guys from the UK joined as a result.

In 1999 I moved back to Amsterdam, and in the Autumn closed down the site because of financial problems. Some of the members got together and convinced me to re-open the site and give members the opportunity to donate money to keep the site running. Around the same time, I restricted access to the BLUF Public Picture Galleries through an Age Verification System (AdultCheck, now ManCheck). This brought in enough money to pay the bills and for a while even provided some pocket money. More Europeans joined the club. Slowly, the emphasis shifted from North America to Europe.

In 2001 Leatherand designed a new layout for the site, which was used until the launch of this site. It was still all HTML, so any updates/additions had to be done manually. The Admirers List was discontinued. Boothound became assistant webmaster and helped me to find another, cheaper server.

In 2002 Leatherdog (now a former member) started work on designing a MySQL/PHP database for the BLUF site, which went live in October 2003. The site now offered various kinds of Member Searches and a Who's Online feature. Also, adding new members and updating profiles became a lot easier. Members could now change their own profile info. The renewed site was launched at a party hosted by the Black Tulip Hotel during Amsterdam Leather Pride. At the same party we celebrated BLUF's 6th anniversary and the fact that we had just reached 1000 members.

Over the next few years, BLUF's membership grew steadily, passing 2500 in the summer of 2008 and in the same year winning the 'Large club of the year' award at Pantheon of Leather XVIII. Although some moves towards updating the site started during this period, they didn't come to fruition.

In the summer of 2009, after twelve years of running BLUF, I decided to take a back seat, and Nigel volunteered to become webmaster, having previously taken over the hosting of the site in May. The current site was unveiled at a party hosted by RoB during Amsterdam Leather Pride, on October 30th 2009. 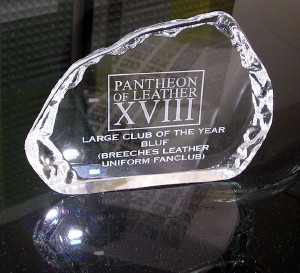 After a few months of testing, the revamped site - 'BLUF 3' - went online in December 2009, and with quite a dramatic effect. With the ability to send messages between members and upload photos directly, the site's continued to grow and sees many more people using it on a regular basis, with almost half our members now visiting the site at least once a week.

At the end of 2010, we asked for submissions for a BLUF logo, and the winning choice was added to the site at the start of 2011, which is the logo you can see now at the top of the screen. In fact, it's really the first time we've had a proper logo, as opposed to the banner image on the site, and it's started to become a recognisable symbol on posters for events around Europe and further afield. You can, of course, show your support by buying gear with the BLUF logo from our dedicated web shop.

BLUF has been continually updated with numerous minor changes, including the addition of a properly integrated forum, secure connections, and a mobile site - all available in English, French and German, while membership has continued to grow.

2012 was a particularly good year for BLUF. In April, we passed 3000 members. Towards the end of the year, we celebrated our fifteenth birthday at a party in Amsterdam which was one of the busiest BLUF events ever. Around the world there were a mammoth 67 BLUF events organised by volunteers, and online we launched our first apps, for Android, Windows and Macintosh, giving BLUF members even more ways to keep in touch with each other, started a project to make the site available in Spanish, and made the BLUF Calendar available for everyone to see online, instead of just members.

All that work was rewarded in January of 2013 when BLUF won the new X Award for Fetish Organisation 2013 at Leather Pride in Antwerp, Belgium. 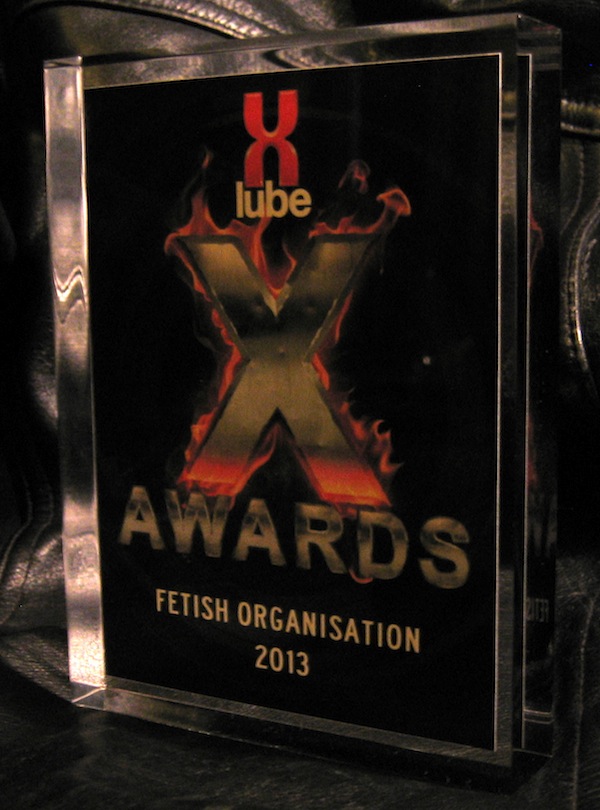 BLUF Limited, v4 and the future

Since then, we've added new features to the BLUF site, and launched our Membership Card, which provides members with discounts at a range of stores for a year at a time, in return for a donation to help fund the club. And, we've created BLUF 'Local' groups in several cities around the world, with many more members getting involved and helping to organise events.

In early 2016, we took the decision to set up a proper legal structure, registering BLUF Ltd as a Company Limited By Guarantee, which is the closest thing to a non-profit company in the UK, without too much paperwork. This is intended to help secure the future of BLUF, independently of the person running it at any time.

The BLUF 3 site, launched in 2009, has been tweaked and refined over the years, but it was starting to show its age, and at heart it was built upon a database design that was created in 2002. So, the decision was taken to create a new site, designed to work well on both desktop and mobile devices, and with proper support for some key modern technologies.

That site is BLUF v4, which is what you're looking at now. It has full support for English, German, French and Spanish. Behind the scenes, the database has been redesigned and re-organised, and it's much easier for volunteers to help keep things up to date.

An important part of the new site is the listings. Building on the success of the BLUF Calendar, which was opened up to everyone on the internet in early 2012, we now also have listings of bars, local clubs, shops and photographers. I view this as an important part of BLUF giving something back to the rest of the leather community, making the site a useful resource even for people who aren't members.