A recreation of an old school cruise bar in the space that originally housed Cuffs. For one night only, Dirty Looks is reclaiming a queer space that helped to define Silverlake as a proving ground for alternative sexuality over three decades. Cuffs was one of dozens of long-lost spaces in the neighborhood that fostered a rebellious, leathery attitude. Collaborators JONESY, CHRIS CRUSE and MR. DRUMMER '79 channel the sleazy spirit of this notorious dive.

Cuffs opened in 1981 at the height of the Silverlake leather scene and stayed open until the early Aughts. Situated along the Hyperion Avenue strip among fellow institutions like Basic Plumbing and Pure Trash, the small beer bar had a reputation for being dark and crowded in a manner that fostered a certain degree of camaraderie among its patrons. As the AIDS crisis unfolded and more overtly sexual spaces closed, Cuffs persisted as a laid-back, sleazy hangout. The space was stripped down, with black walls, red lighting and minimal decor. The music was similarly dark and punk/industrial. Sex hung in Cuffs' gloom with it reportedly so dark that whoever entered from outside was blind for a moment before their eyes could adjust. This feature enabled patrons to size-up recent arrivals and zip-up if they appeared to be the vice squad. 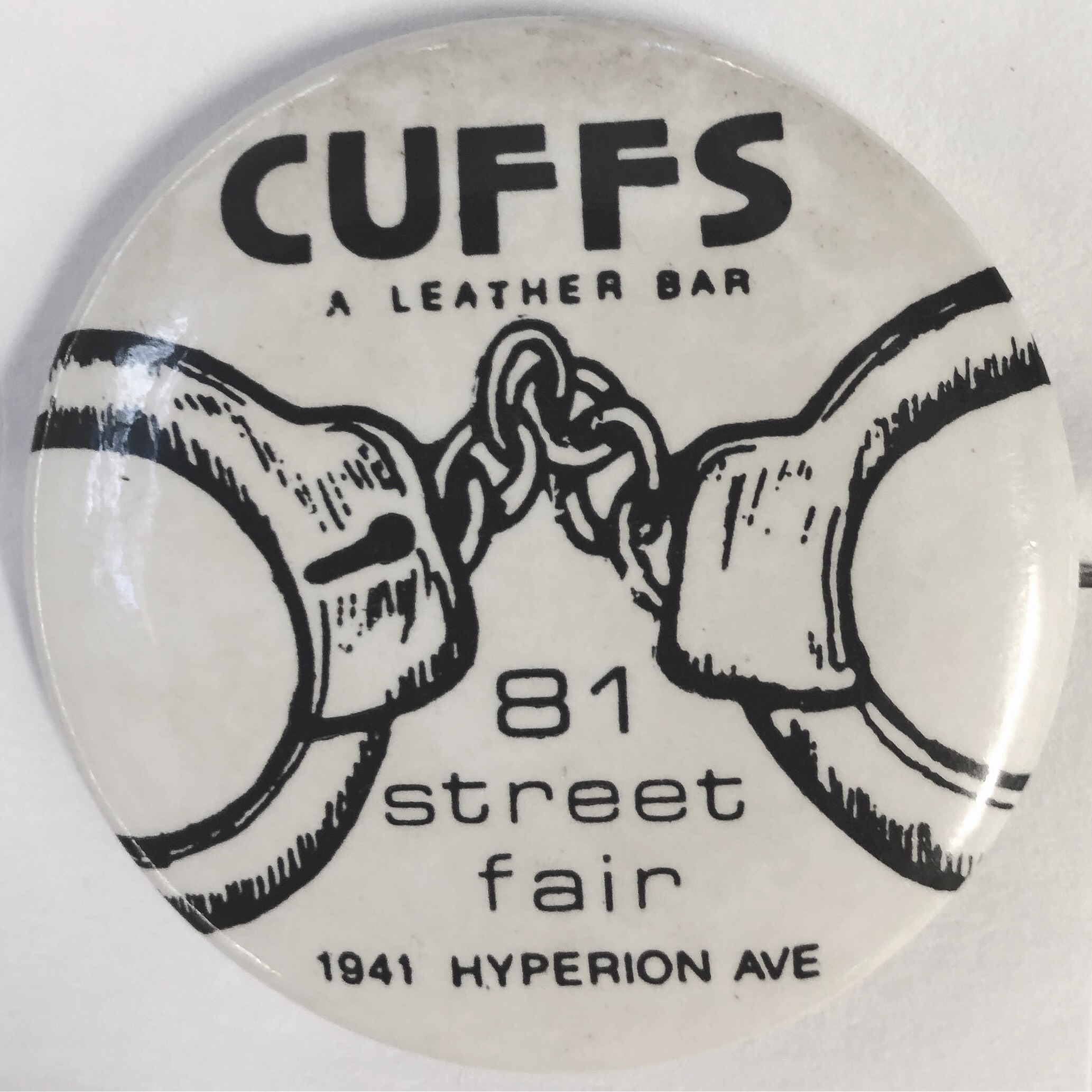 This event is an historical entry in our database. Information included in this listing may no longer be valid, or represent the views of BLUF Ltd or of any other organisations involved.

Coronavirus/COVID19: We will try our best to keep this calendar up to date, but please check with event organisers before travelling, and follow local health advice. If you have travelled to an affected area recently, or are feeling ill - even a cold - please be responsible, consider the risk to others, and avoid attending events.